Welcome to the long overdue Book Club Newsletter, issue No.6! Here's what's going on in the club, and below you'll find some opportunities to influence club direction.

As February of 2020 comes to a close, we're getting ready to discuss our latest monthly book, The Player of Games by Ian M. Banks, hosted by @dr_mitch in the upcoming days. I've created a discussion category for the book which can be found here, for those of you who like to get notifications:
https://www.ttrpbc.com/categories/86-(february-2020)-the-player-of-games-by-iain-m-banks

From the back cover:

The Culture - a humanoid/machine symbiotic society - has thrown up many great Game Players. One of the best is Jernau Morat Gurgeh, Player of Games, master of every board, computer and strategy. Bored with success, Gurgeh travels to the Empire of Azad, cruel & incredibly wealthy, to try their fabulous game, a game so complex, so like life itself, that the winner becomes emperor. Mocked, blackmailed, almost murdered, Gurgeh accepts the game and with it the challenge of his life, and very possibly his death.

Wikipedia page for the book: https://en.wikipedia.org/wiki/The_Player_of_Games 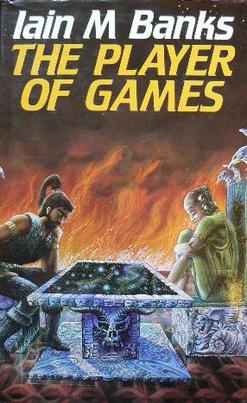 March will see us reading the urban fantasy police novel, Rivers of London, by Ben Aaronovitch, the first in a rather popular series of books that goes by the same name. This one's a nomination of @RichardAbbott , who will host the discussion at the end of March. Here's a link to that discussion category: https://www.ttrpbc.com/categories/87-(march-2020)-rivers-of-london-by-ben-aaronovitch

Probationary Constable Peter Grant dreams of being a detective in London’s Metropolitan Police. Too bad his superior plans to assign him to the Case Progression Unit, where the biggest threat he’ll face is a paper cut. But Peter’s prospects change in the aftermath of a puzzling murder, when he gains exclusive information from an eyewitness who happens to be a ghost. Peter’s ability to speak with the lingering dead brings him to the attention of Detective Chief Inspector Thomas Nightingale, who investigates crimes involving magic and other manifestations of the uncanny. Now, as a wave of brutal and bizarre murders engulfs the city, Peter is plunged into a world where gods and goddesses mingle with mortals and a long-dead evil is making a comeback on a rising tide of magic. 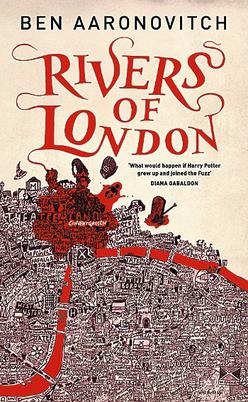 Our ongoing 'slow read' of N.K. Jemisin's Broken Earth Trilogy (winner of 3 successive Hugo awards!) continues each week. We're now about mid-way through the first book in the series and I think it has many of us scratching our heads for various reasons - which is probably a good thing!

If you've read the series at any time in the past, feel free to jump into the discussion with your 2-cents.

With @RichardAbbott 's pick in March, we'll be at the end of current rotation of nominees, which means it's time to discuss how we'd like to move forward with our monthly picks. Before we do that, though, I'd like to extend an invitation to @WildCard to pick an April book for us and lead its discussion, he we would like to.

Once the first rotation is complete, we can either repeat the rotation as is (which begins with @BarnerCobblewood ), or we can rearrange the order by rolling dice as we've done in the past. This is also the time to ask if there's anyone who's currently in the rotation who wants out, or if there's anyone who isn't in the rotation, but would like to be ( @rossum or @Ray_Otus , for example?) The current rotation looks like this:
1. @BarnerCobblewood
2. @Apocryphal
3. @Michael_S_Miller
4. @NeilNjae
5. @clash_bowley
6. @dr_mitch
7. @RichardAbbott
8. (if willing) @WildCard

Of course, we can always adjust midstream or fit in a one-off host as we see fit. The rotation is really really just a tool to relieve me of the pressure from me if finding a host for each month's book, and it give everyone a fair shake a picking one and leading discussion.

This came up elsewhere, but rather than discuss it there, I thought we could append it to the newsletter.

How literary would you like your monthly picks to be?

For my part, I quite like a literary novel. By literary, I mean that I like it to be well-written, using creative language, and to offer something more than just a story. This might mean well realized characters or setting, but what I'm really getting at here are strong themes, and themes that might not be always obvious to the reader. A literary book, in my opinion, can be appreciated on several levels - not just for what it appears to be on the surface.

In the past, however, we've had several members express a dislike for this kind of book in the club. The reasons vary - some just find this kind of thing to be pretentious, others spent their educational career reading such books and now long for simplicity. These are all fair viewpoints as far as I'm concerned, and our club picks should try to appeal to the tastes of most members.

But really, what are the tastes of most members? Here's your chance to have a say to try to influence what other club members pick for their selection. Do we want literary books in the mix? Or should we stick with books that focus more on adventure, characters, settings, and story-telling. This is, afterall, a club about the way books inspire us to game.