Novel Review - Downward to the Earth by Robert Silverberg

Downward to the Earth

by Robert Silverberg, 1970, 180pp. Audio book read by Bronson Pinchot
TLDR: 4 out of 5 for a solid Silverberg take on the Heart of Darkness 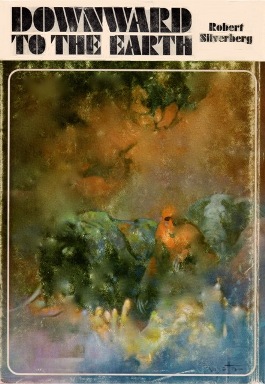 Downward to the Earth is set on on the distant colony planet of Belzagor - a place that has recently been freed of its colonial obligations and is charting a course of its own. A few humans still remain on the planet - some still fulfil their roles from the colonial days, while others have become tour guides, or simply retired. The two sentient species on the planet are now autonomous.

Edmund Gunderson, and ex-colonial administrator, has just returned to the planet after a fifteen year absence. Why - he's not exactly clear, but seems to be driven by guilt over how he treated the autochthonous and elephant-like Nildoror during his tenure, and perhaps considers himself a vehicle of reconciliation on the part of humanity. He embarks on a journey into the interior, where he will first meet old co-workers, friends, and flames, and ultimately climb the mountain to undergo the Nildoror ritual of re-birth and therein find either redemption or condemnation.

One of these old co-workers is another human named Kurtz, who charts his own way to the ceremony of re-birth, and ultimately becomes something monstrous. Each person's quest ends with a physical change into something that reflects their internal beliefs.

Setting aside this quest for spiritual rebirth and the obvious references to Conrad's Heart of Darkness, what's left is quite an interesting portrait of an alien planet in the early days of post-colonialism. Silverberg treats us to interesting characters in various states of decay, to an alien culture, and to dangerous - and very alien-feeling - flora and fauna. This really felt like a place that could be ported right into Star-Cluster or Traveller.

This book was nominated for a Locus award in 1971, where it was up against Tau Zero by Poul Anderson, Deryni Rising by Katherine Kurtz, Nine Princes in Amber by Roger Zelazny, and 12 other books. It lost to Larry Niven's Ringworld. That's some pretty stiff competition.

Recommended to Sci-Fi enthusiasts looking for a place to land a ship, and to fans of Heart of Darkness in the mood for a light homage. 4 out of 5 for me.