by Arkady and Boris Strugatsky, 1970, 238pp
TLDR: 4 out of 5 for a wonderfully tongue-in-cheek SF murder mystery that poses an interesting question about storytelling. 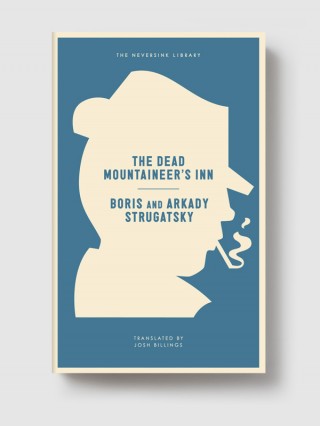 "Haven’t you ever noticed how much more interesting the unknown is than the known?"

The Dead Mountaineer's Inn is a mystery novel set at the eponymous inn, somewhere in Europe, in the winter of an unknown year. It follows the story of a police inspector (specialty: economic crimes) who tries to unravel a murder mystery. The inn is populated by a number of strange characters, including the innkeeper himself (Alek Snevar), Simon Simone, a billiard-playing physicist, the famous illusionist and contortionist Du Barnstoker and is niece (or nephew), a motorcycle riding youth of indeterminate sex and sole progeny of his dear departed brother Brun, the incomparable Mr Moses and his sexy wife, the maid Kaisa, the St Bermard named Lel, once the dog of the eponymous Dead Mountaineer (who may also be a character) and a couple of late arrivals, including the mysterious Luarvik L. Luarvik, who has two first names (or two last names, or maybe three).

When someone is murdered, Inspector Glebsky (or is he a used-toilet salesman?) must solve the crime. But was the person who was murdered really killed? And is the culprit still at large in the hotel, now isolated by an avalanche? Only time (and clever writing) will tell.

If you've read and loved Definitely Maybe by the same authors (and if you haven't, why the F not?!) then you need to read this book, too. To those of you who've read their most famous work, Roadside Picnic, this novel is very different, but the Strugatsky Brothers are really at home with tongue-in-cheek humour, so if you like that, read this book! And read Definitely Maybe! - Your life will be enriched.

And if not, you'll at least get to read the best I-waited-in-line-for-a-shower-until-everyone-else-in-the-inn-was-in-line behind-me scene EVAR!

I'm giving this 4 our of 5 - largely because I liked Definitely Maybe even more.